Home » Dodge Charger Years To Avoid – Which Is The Best Charger? 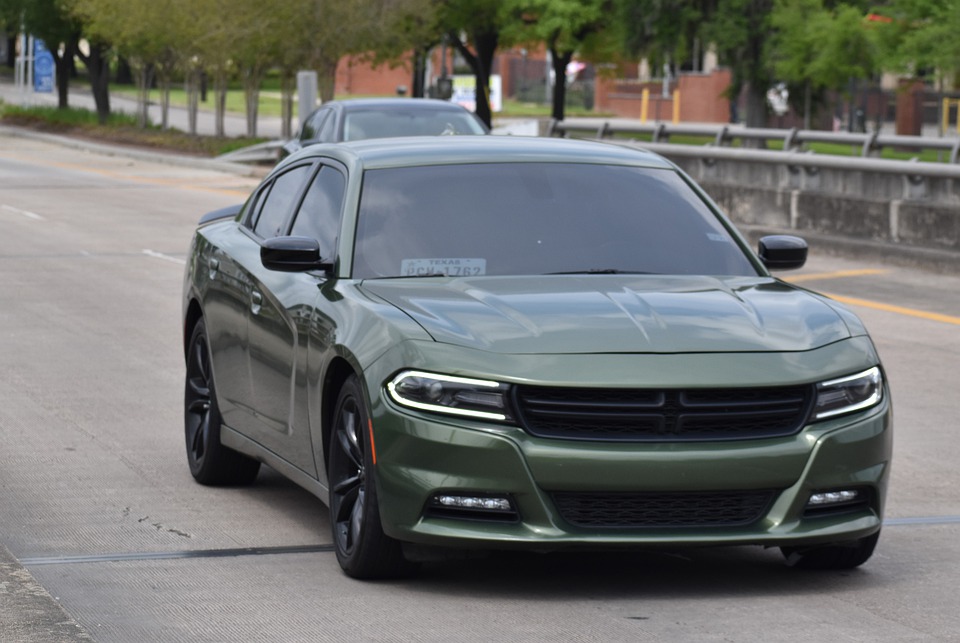 Dodge Charger Years To Avoid – Which Is The Best Charger?

If you are on the market for a Dodge Charger, you came to the right place. Especially if you are looking for Dodge Charger Years to avoid.

The Dodge Charger is a car that derives its lineage from its predecessors that were produced in the 1960s and 1970s. When we are talking Dodge Charger the first assumption is big American muscle. And that is quite a correct assumption, to be honest.

The Dodge Charger quality and reliability is on par with some other brands that are claiming that they make the best quality vehicles out there. With this also comes the performance. The Dodge Charger is a perfect grocery getter that will put a smile on your face.

History Of The Dodge Charger

The Dodge Charger history is long. This model was in production for more than 50 years and is still going strong even to this day. And that tells us a lot about the Dodge Charger.

The first-generation model was unveiled back in 1966, but it wasn’t too popular, since it shared a lot of its components with the Dodge Coronet. The second generation that came out in 1968 was a real hit with its circular taillights and its unforgettable presence on the road. This made the Dodge Charger a real menace on the road. Especially when Bullitt hit the cinemas. Everyone wanted to have that triple black Dodge Charger.

The second generation lasted until 1971 and was replaced by the third generation that was a bit bulkier and also curvier. It incorporated some 1970s styling and made a real impact. But it couldn’t be compared to its predecessor.

Then the oil crisis hit and everything went downhill. The muscle car era was ended. There were two generations of chargers after, but they didn’t offer much and Dodge decided to kill the Charger. And up until 2005 when Dodge saw that there is a market of people who wanted a muscle car.

The sixth-generation charger was introduced in 2005 and it’s still going strong even today. In the next chapter, we are going to discuss more about the sixth gen and its engine lineup.

The sixth generation Charger was introduced in 2005 to boost Chrysler’s hopes to regain its muscle car throne. This new generation was big and bulky. Just like a real muscle car should look like. The new Dodge Charger has conquered the Mopar and muscle car world with its presence and attitude.

Unlike the old Chargers, the new Charger was a four-door saloon and offered a lot of practicality compared to its two-door competition. Much of this practicality was achieved because of the new LX platform that Dodge introduced. This platform was based on a Mercedes E-class platform. This also offered some innovations and technology from Mercedes to Dodge. The Charger is sharing a lot of its suspension parts with Mercedes and knowing that Mercedes offers one of the comfiest rides in the world, the Dodge Charger was no different.

The base models were equipped with V6 engines that were a bit underpowered. Delivering up to 230 hp, which was not a lot for a car that weighs a lot. But there were also some models that offered bigger HEMI engines. Namely, the 5.7-liter Hemi and the 6.4-liter HEMI.

These engines were pretty much bulletproof and delivered a lot of performance. Although bulletproof there are still some issues that trouble these engines with and we are going to discuss them later on along with Dodge Charger years to avoid.

This generation of Charger reached its peak in 2011 and was revamped by Dodge into something that is known as Dodge Charger generation seven.

This new generation has included some new modern styling and better and sharper body lines, new headlights and bumpers, and also a new dash that brought this car up to modern spec.

Also, new engines were available, a new V6 lineup was derived from Fiat and these engines were one of the most troubled engines that Chrysler has introduced on the market. We are going to discuss that later when we are going to look at what Dodge Chargers year to avoid. 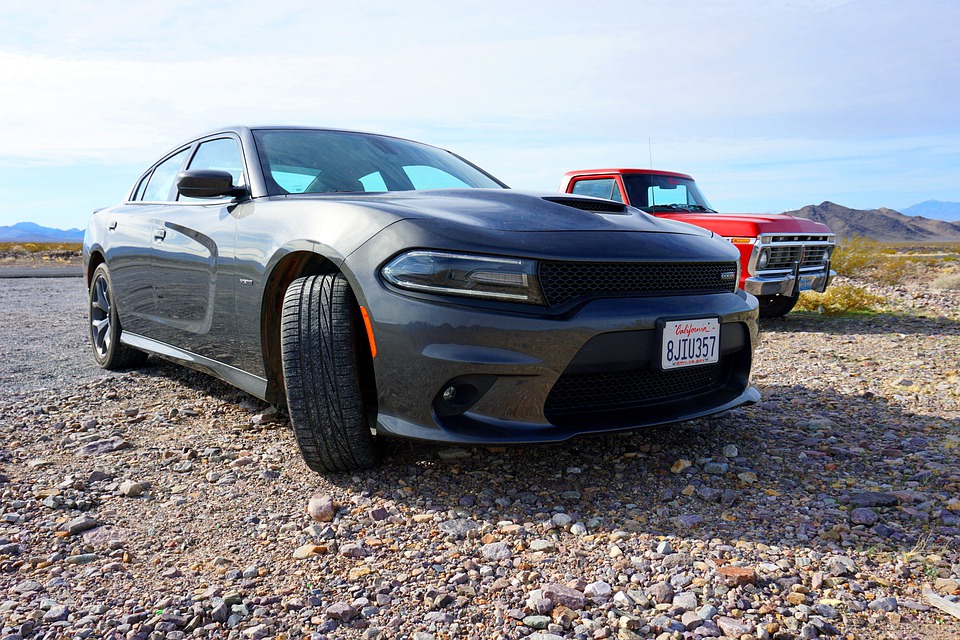 The Dodge Charger has a strong reliability record. Even though it is not expected that a muscle car can perform so very well. Some of this is owed to the Dodge team that engineered such a reliable car. The Dodge Charger reliability still has some issues. And we are going to discuss them in the following chapters.

The early models were most prone to failures. Namely, because the model was still very new and some things were poorly engineered. For example, the interior was filled with cheap plastic and also the seats were very uncomfortable. This trend with cheap plastic was a trend until the new revised model in 2011 was released.

The 2008 Dodge Problems were the highest from any Charger to this date, where more than 350,000 Chrysler vehicles were recalled for a faulty ignition switch, all of these cars were produced before May 12, 2008. So, if your car was produced after this date, you should not worry, because this problem was later patched. Or if you own a 2008 Dodge Charger, make sure that it was part of the recall.

This was a big issue because this ignition switch has caused the keys to stuck and as some say invertedly move. This issue has put in danger the drivers and impeded the functionality of the systems, namely the airbags. That’s why the 2008 Dodge Charger problems are considered to be the worst. And the 2008 is one of the Dodge Charger years to avoid.

Another issue was a squeaking sound on the steering shaft while turning. This can be an annoying issue to deal with on a daily basis and needs proper solving. Fortunately, it’s not that expensive, because the lower seal needs a little bit of lube to get it back in proper order.

And last is the bad odor from the A/C. Some of the owners have reported a musty smell coming out of the AC system. This smell was too hard to handle in some situations. These cars need to be disinfected to return them to proper working condition. We may conclude that the 2015 Dodge Charger reliability is very good. Even though it has some minor issues like this.

The 2016 model was very popular and brought some new features that the previous model didn’t have. The 2016 Dodge Charger reliability issues were a few. Similarly, to the previous year’s model. This model has also suffered from the same Transmission shift issues and some PCM/TCM updates have reportedly solved this issue that has troubled many Dodge owners.

What was different with this model was the electrical issues that were reported. Namely, there were some lighting issues that were resolved with a software update. There were also some cases where the window regulator motor has become inoperative and stopped working. This problem was reportedly solved by installing a new window motor.

Check engine light caused by a bad thermostat has also been an issue with some owners. A bad thermostat can also easily ruin your vehicle if you don’t notice. It may cause to overheat and lose power. If the engine overheats, it may crack the block or warp the heads, and this will translate into high repair costs.

The 2016 Dodge Charger reliability record is very good and these 2016 models can be found in relatively good condition, even though they are five years old by now.

The 2018 Dodge Charger reliability record was also quite good. Even though there were some issues with this model, and these included some recalls. A simple thing as a voltage regulator could cause your 2018 Dodge Charger to stall.

Another issue was with the cruise control that allegedly failed to deactivate in some cases. Also, it brought some of the old problems that previous Charger models were dealing with and that is the PCM/TCM issue and also some minor electrical issues.

The Dodge Charger reliability score was fair and this model same as the previous year model has a good grade and overall excellent reliability, considering the age of the model. 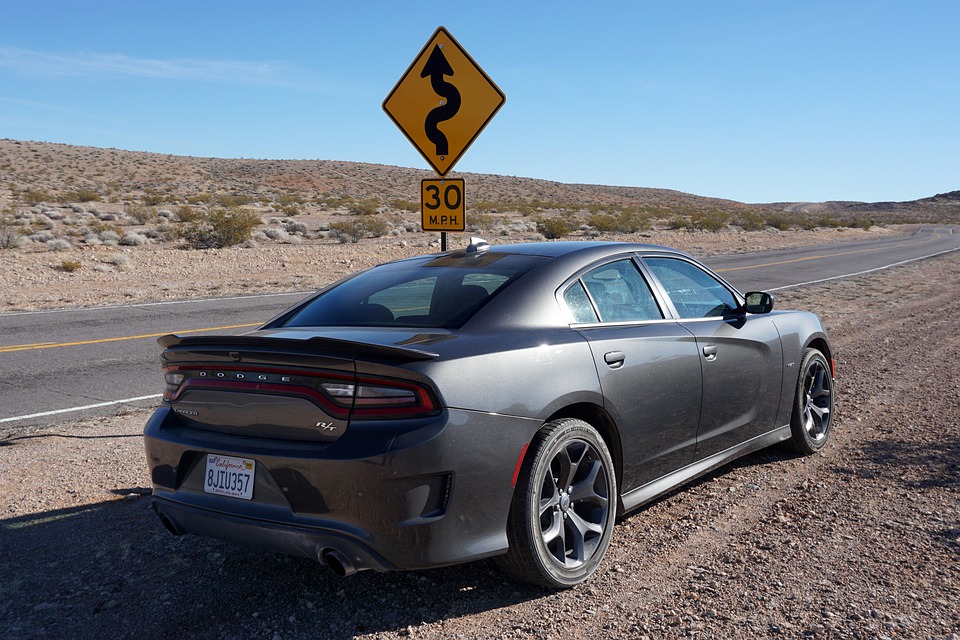 The 2019 Dodge Charger reliability score is also fairly good. Same as it predecessors, it carries the same issues around. And these include some electrical problems. Still, the 2019 is a fairly new car and is almost 3 years old. Cars that are of this age usually don’t develop symptoms because they are low-mile cars.

This is a good question, namely because you don’t want to get a basket case of a vehicle. So what are Dodge Charger years to avoid? I would say the early models up to 2008. These models are the cheapest, but also the most driven of all this generation of chargers. Most of them probably have 200,000 miles or more on the odometer. Making them very worn out and not good if you are looking for something reliable.

Also, the build quality on the early chargers is very utilitarian and basic. There is cheap plastic all over the interior. 2000s were not very famous for the usage of fancy materials.

What Model Year To Buy Instead?

We discussed Dodge Charger years to avoid. Now let’s see which years are the ones to get. In my opinion, everything that is above 2015 is a good model. These models came with refreshed trims and incorporated some better-quality materials.

They don’t feel very utilitarian and the more equipped Scat Pack or Hellcat models can even be compared with the competitors in the sports saloon segment, like BMW and Mercedes. Even though the European competition delivers more in technology. The Dodge Charger delivers more in the fun aspect. Only a Charger can put a smile on your face, like no other car around.

We also discussed about Dodge Charger reliability and also, in order for you to get a better idea of which route to go. Thanks for reading and have a good day.

If you want more reliability stories you can check our articles on Toyota Supra mk4 reliability and Ford Crown Victoria reliability.

Bad Purge Valve Solenoid Symptoms – How To Diagnose This Problem?

We use cookies on our website to give you the most relevant experience by remembering your preferences and repeat visits. By clicking “Accept All”, you consent to the use of ALL the cookies. However, you may visit "Cookie Settings" to provide a controlled consent.
Cookie SettingsAccept All
Manage consent

This website uses cookies to improve your experience while you navigate through the website. Out of these, the cookies that are categorized as necessary are stored on your browser as they are essential for the working of basic functionalities of the website. We also use third-party cookies that help us analyze and understand how you use this website. These cookies will be stored in your browser only with your consent. You also have the option to opt-out of these cookies. But opting out of some of these cookies may affect your browsing experience.
Necessary Always Enabled
Necessary cookies are absolutely essential for the website to function properly. These cookies ensure basic functionalities and security features of the website, anonymously.
Functional
Functional cookies help to perform certain functionalities like sharing the content of the website on social media platforms, collect feedbacks, and other third-party features.
Performance
Performance cookies are used to understand and analyze the key performance indexes of the website which helps in delivering a better user experience for the visitors.
Analytics
Analytical cookies are used to understand how visitors interact with the website. These cookies help provide information on metrics the number of visitors, bounce rate, traffic source, etc.
Advertisement
Advertisement cookies are used to provide visitors with relevant ads and marketing campaigns. These cookies track visitors across websites and collect information to provide customized ads.
Others
Other uncategorized cookies are those that are being analyzed and have not been classified into a category as yet.
SAVE & ACCEPT