Home » Ford Crown Victoria Reliability – Is This A Good Buy? 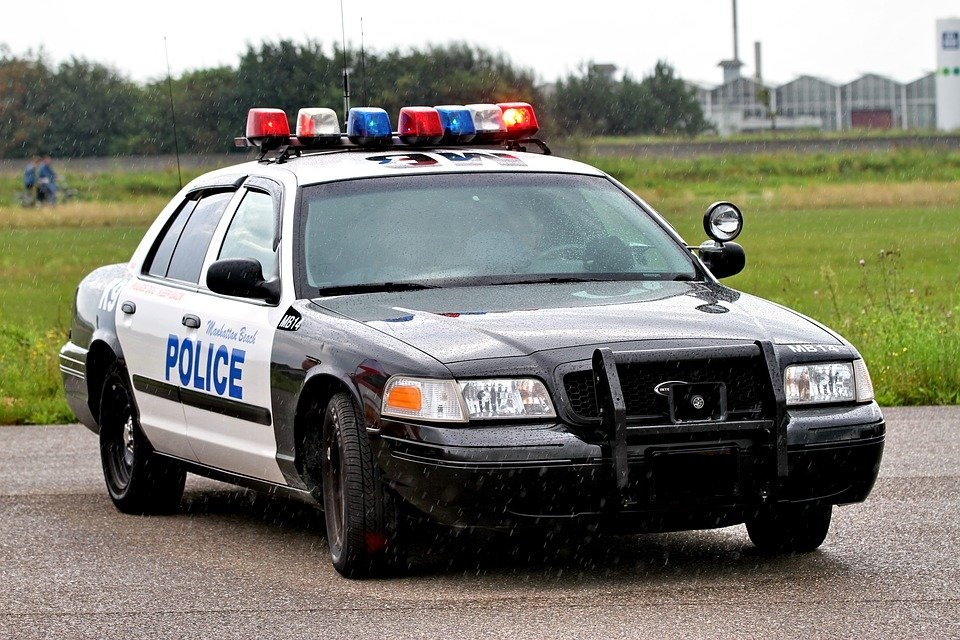 Ford Crown Victoria Reliability – Is This A Good Buy?

So, how reliable is the Crown Vic? We can say that it is sturdy as a tank. This is the perfect sleeper car that you want to have. Big saloon car packed with big muscle under the hood.
Many people love these cars because of their presence and their usage in the force. Everywhere a Crown Vic goes, you know something is on.

Many people recently started to buy these cars for cheap. How cheap? Well, a Crown Victoria in a good condition is about $2-3000. Some Crown Vic’s that need some love and attention are priced even lower than $2000.

Also, the market is filled with Crown Vic’s that are being retired from the force and you can snatch some of these models for a bargain deal.

History Of The Crown Victoria

During its 14-year production run, the Crown Vic has established itself as the backbone of American law enforcement. The Crown Vic was a true workhorse for the police and other authorities. It was also widely used as a cab car. 95% of the total Crown Victoria sales were fleet and police interceptors. The retail sales were only 3000 units from 2008-2011. This proves a lot about the Crown Vic reliability. Many of these cars are still in service today.

The Crown Victoria was a simple car, body on frame. It implemented a conservative styling that was rather popular in the 90s. It came with a wheelbase of 114.7 in and a length of 212.0 in making it a real boat. For its size, it was rather heavy too, with a curb weight of over 4.000 lb.

There was only one engine and that was a 4.6 L Modular V8 that was producing around 220 hp. It also came with a 4-speed automatic transmission, that had some issues and we are going to discuss them a bit later.

There were four three trims available for the retail version of the Crown Vic and those were the Base model, LX Added and LX Sport that came with bigger wheels and some sporty suspension to give you some better road feel.

The Ford Crown Victoria reliability was never questioned and the Crown Vic has offered its life to the service of the homeland. I have big respect for this car.

The Crown Victoria Engine is a 4.6L naturally aspirated V8. This engine with its V8 configuration is designed to deliver some low-end torque and makes around 264 lb. ft of torque at 4000 RPM. The Ford Crown Victoria engine makes 220hp which is modest for 2021 standards, but for the time it came out, it was plenty. It also has 16 valves and a compression ratio of 9.0 which isn’t much by any of today’s standards.

This engine can be considered as a beater. It can survive almost anything. It’s practically bulletproof. And because of that many people love it and enjoy it. It can deliver a performance at any time any place. Making the Ford Crown Victoria Reliability something that has to be respected.

Are Crown Vics Good On Gas?

I bet many of you who are trying to get a Crown Vic is asking this question. Are Crown Vics good on gas? And the answer to that question is that it depends. Usually, in town, the Crown Vic is pretty efficient compared with its size. It can get 17 mpg at the most, on the highway, on the other hand, it can do 31 mpg which is pretty decent for its size.

So, are Crown Vics good on gas? Yes, they are. They are not gas guzzlers. But make sure that you don’t press the gas pedal too hard because these numbers will melt down like ice in the hot summer. The Crown Vic is a gas happy car and it can deliver good performance. It doesn’t matter that it’s built like a tank. You apply the gas and it goes.

Crown Victoria modified are easy to come by, but you will probably never notice these cars because they are sleepers. Most people install mods on Crown Vic’s but try to keep them stealthy.
There are many Crown Victoria modified vehicles that are running some 5.0 Coyote engine that is producing well over 500 horsepower with some simple tweaks. The new Coyote V8 that is in the Mustang is probably the swap you are looking for. In my opinion, they should have come like this from the factory.

Also, the inexpensiveness of the Crown Vic makes it an attractive platform for running mods. Everyone can afford a Crown Vic and take it to another level in terms of performance. If you are a car guy Crown Victoria modified is the way to go. Also, you can look online for Crown Victoria mods and see some cool examples of modified Crown Vic’s.

In this chapter, we are going to discuss the Ford Crown Victoria reliability. We will learn how reliable these Crown Vics are and we are going to learn more about their common problems. At the end of the reading, you will know which Crown Vic is the right for you are from what models of the Crown Victoria to stay away from. So, without further ado let’s begin.

The worst year for Crown Victoria is probably 1998. These are the early models that were introduced to the market. They are not bad in any way, but in 2021 they are almost 23 years old and they are completely worn out. Some of them have probably 200k+ miles on the odometer, and that is not okayish.

Staying away from these old beat-up machines will probably save some buck in your wallet in the long run. Although there are people that see the worst year for Crown Victoria as a challenge because they want to fix cars and do all sorts of cool stuff. The best thing is to stay away from these.

Unless you find a pristine example that was kept in the garage and was driven by a grandma. In my opinion, that’s a unicorn. If you find one of these unicorn cars, you can even take to expos like the million-mile Crown Vic that we are going to discuss in a bit. But first, let’s see which are the most common problems, Crown Vic.

Even the Crown Vic is a bulletproof car, there are still some minor things that can fail, and cause a lot of damage. We are going to get through all of these four issues that every Crown Vic is plagued with and we will tell you how to get around them.

At a dealership, the fix for this issue is estimated that will cost you up to $1,500. That’s pretty much the whole value of the car. But it is fortunate that you can find these intake manifolds for the cheap as used parts.

This issue with the vacuum line leak is also one of the issues that the crown Victoria is affected with. And this issue is caused by a frayed or a small vacuum line leak in the A/C system of the car.
You will notice this issue by running you’re A/C at max. The A/C will be working but you will not see cold air coming out of the vents. All of the cold air will start coming out of the defroster vent. And this is something that you don’t want to.

Fortunately for this problem, there is an easy fix that will cost you no more than $40. You will find this vacuum hose near the firewall. It is readily available at every local parts store and is a simple DIY job.

This open and close creates big stress on the crown Victoria power window regulators and knows to damage them. How to solve this problem is by replacing your old Crown Vic window regulator with a new one. This can come to a cost of $150-$200. If you, do it by yourself you can do it for $100.

Crown Victoria is plagued with transmission problems. Usually when this problem appears. The car doesn’t go to the fourth gear when you turn on overdrive. This will also throw a P750 error on the dash.

The solution for this problem is easy, don’t put your car into overdrive and it should be ok. Even though these transmissions that the Crown Vics are running are mostly worn out and know to develop issues.

There were a few cases of owners pushing these cars far beyond the million mile benchmark. Up till recently, there was only one case that reported a million mile Crown Vic. And reportedly this was achieved with the original engine and transmission. This car was a 2003 model. It was not a police interceptor, but a regular retail Crown Vic. It was driven carefully and got its maintenance right on time.

Usually, civilian versions of the Crown Victoria last more than the police interceptors, because they are not abused as the interceptors are. If you drive them with care and maintain them regularly, they are going to serve you for a very long time

So, if somebody achieved to reach a million mille Crown Vic mark is worth my respect.

In this article, we have covered a lot about the Ford Crown Victoria reliability and problems that occur to this model. We also discussed which is the worst year for Crown Victoria and Are Crown Vics good on gas.

We finally took a look at a million mile Crown Vic. And personally, I didn’t believe it when I saw the video, but it was true. And that tells us a lot about this magnificent piece of machinery.

Metal Shavings In Oil – How Serious Is This Problem?

Bad Engine Valves – How To Spot Them?