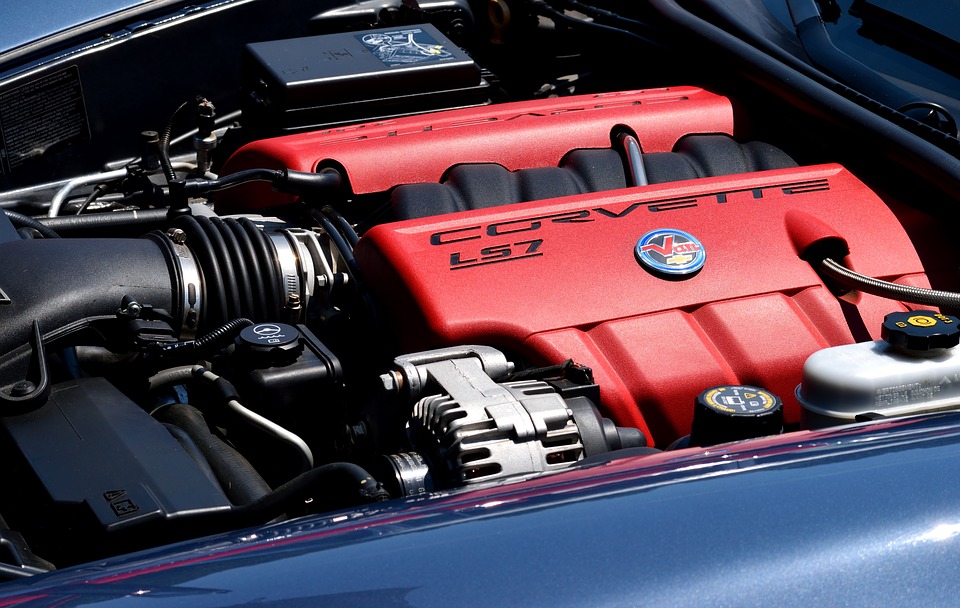 So, you have experienced some leaks coming from the front of your vehicle and you are having a hard time investigating what the problem is. Well, let me tell you that you are most likely experiencing a front main seal leak and you probably want to know what is the front main seal repair cost? You shouldn’t worry, we are going to answer that question for you in this article.

Front main seals have a great tendency for leaking. These seals over time become hard as a rock. And this doesn’t work well since they have to be nice and soft in order to seal properly.

Personally, I had my front seal replaced on my car. This front seal started leaking so much oil that it basically splashed my whole engine bay with oil. When I opened the hood, I was stunned by the view.

I instantly got scared. I checked my oil level and it was running low. Then I filled up the oil and went straight away to my mechanic. He told me that my front main seal leaks. And has to be replaced asap.

This was the time when I didn’t know much about cars and I’ve let him do all the work. After this work, my engine was in mint condition.

What Is A Front Main Seal?

The camshaft has two ends. One end is powering the vehicle with torque and the other end powers the front pulleys that move the accessory belt.

So, if you are experiencing some weird oil leaks that are coming from the front. It is a good idea to check the underneath of the car and see from where this fluid is coming.

These front main seals usually are fairly inexpensive and can be found for around $20 or less. But in order to be on the safe side, it is good to purchase original parts and make sure that your seal doesn’t leak anymore.

Where Is The Front Main Seal Located?

The location of this front main seal depends on your car. If the car is rear-wheel drive, it should be dead center somewhere low where your radiator is. Just slightly above the oil pan. You will notice a big pulley. Behind this pulley usually, this seal is located and you can identify it really easily. Because every rear-wheel-drive car shares the same configuration.

You will notice this if you pay more attention to where the belts go. This is because in front-wheel drive cars the engine is on the left side and the transmission is placed to the right. There is no transmission tunnel and a driveshaft.

That’s why the front main seal is placed on the left side of the engine bay. Usually in these cars is where the front accessory belts are running. This accessory belt is powering the alternator and the air conditioning.

An oil leak is the first and most obvious symptom when you are experiencing a leaking front main seal. If you look underneath and spot from where the oil is dropping you will instantly notice where is the issue, if the oil comes from the transmission, you have a back seal leak. If the oil comes from the front, you have either an oil pan leak or a front main seal leak.

The best way is to investigate. Take your phone and turn on the flashlight. Inspect the front underside of the car and observe for leaks. If there are leaks under the crankshaft pulley then you know that you are having a front main seal leak and you have to learn the front main seal repair cost. Now let’s look at other symptoms.

2. Splash Of Oil Inside Of the Engine Bay

Another symptom that is most pronounced when this front main seal completely fails is the splash of oil on your engine and the underside of the hood.

This is most pronounced in extreme cases like mine. I had an issue on my front-wheel drive car where the whole firewall on the left side was soaked in oil and also the underneath of my hood was also soaked in oil.

This was a clear giveaway that the front main seal leak has gone too far and had to be replaced. I was also down on oil. But I was lucky that I have noticed this right on time and I haven’t left my engine dry. If I left it dry it would have been a disaster. My whole engine would have been destroyed and whatnot. Who knows how much money I would have paid.

As we said above you have to observe your oil level all the time in order to know how much oil are you running in your vehicle. If you are driving with a low amount of oil, you can damage your engine permanently and possibly destroy it.

When the front main seal leaks, it drains a lot of oil. So, you need to be aware. The best thing is to check your oil every few hundred miles. And sometimes less if the car is not driven a lot. This will give you a clear input on your fluid levels and what needs to be topped up.

If your front main seal leak is big and it leaks a lot of oil. Always take 1L of engine oil with you in your vehicle. By doing this you will be able to fill it up when you notice that the level of oil has dropped and you should not worry if the engine gets damaged. So, before we dive into the front main seal repair cost. Let’s discuss how you can replace this front main seal using DIY methods.

So, you have been thinking of doing a front main seal replacement? You came to the right place. In this chapter, we are going to learn how this work is done in a DIY fashion.

The difficulty of this work depends much on your vehicle design. This is the case because not all engine configurations are the same. In some cars, you have plenty of space to work on. But in other vehicles, you have so little space that you need to tear apart the whole front end in order to reach the front main seal.

And by this, I mean removing the radiator, the fans. Flushing the coolant. Everything has to come off in order for you to have the ability to access the bolt with a torque wrench.

On the other hand, in some cars, this is fairly easy, since the bolt can be accessed from underneath and the pulley can be removed very easily.

If you are running an Audi or a Mercedes, good luck to be honest. Their engine bays are extremely tight and this work can be extremely difficult to pull off. But everything is possible if there is the will to do it.

As we said you need to access the crankshaft pulley bolt. Remove anything that comes in your way in order to reach it.

Then get a torque wrench and unbolt the bolt that is holding the crankshaft pulley.

Get a pulley removal tool that is going to help you a lot in terms of removing this belt pulley. These pulleys are usually held extremely tight and a special tool is needed for the removal of the pulley.

After removing the pulley, now it’s time to remove the front main seal. For this work, an ordinary screwdriver is going to be enough. Make sure that you pop out the old seal and not scratch the metal around.

Now it’s time to install the new seal. In order for the new seal to slide in, it is a good idea to use a little assembly lube. Lube the seal and press it in.

The last step involves complete reassembly of all the pieces that you have removed. Just in reverse order and you are good to go. It is a good idea to closely follow and inspect how the new seal is doing and if the leaks have stopped.

But what about the main seal repair cost? Well, we are going to discuss precisely that next.

Also, when you are buying a new seal make sure that it’s new and not plasticky. A new seal will be completely good and perfect for install.

The downside is the labor. For this job, the labor is going to cost you from $300 to $600. Depending on where you take your car to. Some shops are cheaper and some are more expensive. So, it’s up to you to find the best deal.

Or if you want to wrench you can follow up our tutorial and try it by yourself. Remember that every car is different and not every step is going to work. Since every carmaker has installed the components in their own way.

The best solution for this is to see some diagrams of your vehicle online or some videos in order to have a better grasp of what should be removed from the car in order to access the crankshaft pulley bolt.

Driving like this is also an option. But if your seal completely fails you will be surprised how much oil is going to leak out from your car. If you don’t follow closely the oil level your engine may be left without oil and engine damage is a possibility.

So, in order to make sure that nothing bad will happen. Always take a bottle of oil in your car. Just in case you need it in order to refill the missing oil. But the best thing is to replace the seal as soon as possible in order to avoid some engine issues later.

Then we have covered how you can replace the front main seal DIY and also what is the front main seal repair cost. The job is not cheap, even though the part is relatively affordable. So, if you are a DIY guy and you think that you can pull it off, you can give it a try.

If you are having other similar problems with your engine you may want to take a look on metal shavings in oil and white sludge on oil cap. Or if you are into mods you may be interested in cold air intake pros and cons and coilovers vs springs.

Metal Shavings In Transmission Fluid – Should You Be Worried?